Being inspired as a young child can assist in molding a person and their passions. Dr. Carol Fry Bohlin, coordinator of the master’s program in education – curriculum and instruction and professor in the Department of Curriculum and Instruction, was inspired by a passionate instructor while pursuing her graduate degree.

Dr. Miriam Leiva was Bohlin’s mathematics instructor at the University of North Carolina at Charlotte. Leiva was inspiring in many ways. She was initially denied entrance to UNC at Chapel Hill for graduate study in math because she was a woman. Later, she became the first American Latina to earn a doctorate in mathematics and mathematics education.  Being dedicated and passionate about math education and her students, Leiva inspired Bohlin to strive for her best. Bohlin later earned her doctorate in mathematics education with Leiva cheering for her along the way.

Bohlin has continued the theme of inspiration throughout her career. Whether it be while serving as special assistant to the Fresno State Provost for STEM initiatives, directing Fresno State’s Mathematics and Science Teacher Initiative or leading efforts in over 60 STEM-related grants totaling in over $15,000,000, Bohlin is representing women in all aspects of STEM.

“There has been a constant theme of innovation in Dr. Bohlin’s life, whether in education or leadership, or when pushing the boundaries of STEM education for females. She has always pursued innovation, further evidenced by her grant and research accomplishments.”
– Dr. Rebecca Malmo, Executive Director of Student and Family Support Services, Madera Unified School District

This award is given to women who are go-getters, innovators, risk-takers, and leaders (G.I.R.L.). Bohlin has distinguished herself through exemplary achievements in her community, profession, and as a role model for girls.

“I think seeing a female as an enthusiastic leader in STEM education encourages more girls to have the confidence to pursue a STEM career… I envision a world where girls and boys alike can be leaders with confidence, competence, and conviction, and be powerful agents for positive change in the world.”
– Bohlin 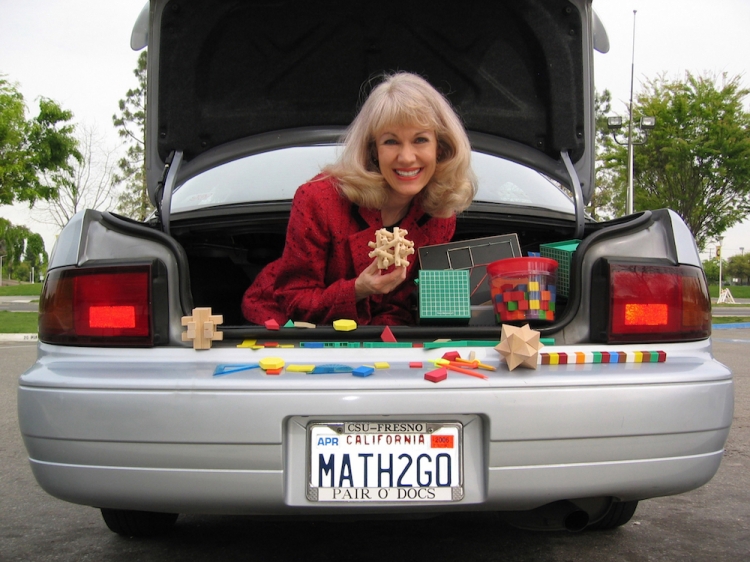 Malmo, who nominated Bohlin for the award, stated “Dr. Bohlin’s selfless efforts to lead communities to higher levels of education, understanding and service, truly exhibit all the qualities of a G.I.R.L.”

Bohlin will be receiving the award at 6 p.m. on Friday, Feb. 15, at the Fort Washington Golf and Country Club. Tickets to attend the awards dinner can be purchased here.

“I love teaching and supporting, serving, and celebrating my family, students, friends, colleagues, and humanity.  I strive to use the time we are blessed with to work hard to make a positive difference in the world, in whatever ways I can.”
– Bohlin