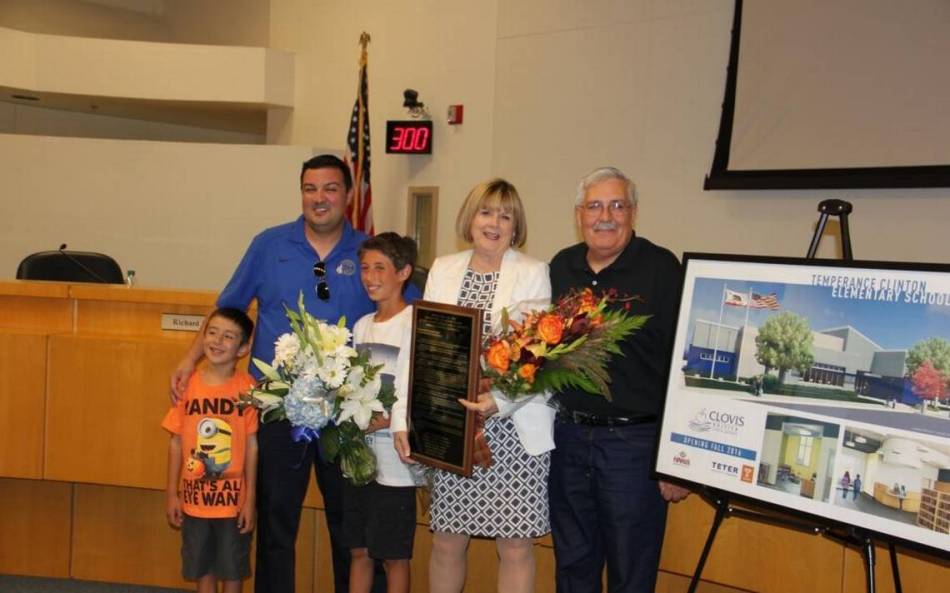 Virginia “Ginny” Boris was a Clovis Unified School District math teacher, principal and associate superintendent from 1971 to her retirement in 2008. She was inducted into the Clovis Hall of Fame in 2010.

“I am humbled, overwhelmed and honored because I love this district,”Boris says. “I cannot think of a higher honor that you could bestow upon me than by putting my name on a place that is devoted to learning and teaching.”

Boris continues to mentor teachers and others in the education community at Fresno State and in the Central Valley Educational Leadership Institute.

(as stated in the Fresno Bee)